Contained planters placed over existing impervious areas, on the ground or roof, intercept rainfall and then evaporate it back into the air, even in the winter. As an alternative to depaving, place a potted plant anywhere there is unused pavement. Acting much like vegetated roofs, contained planters can reduce annual runoff by 40% to 60% from the area on which they are placed while also improving the aesthetics of paved areas. 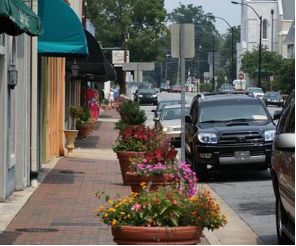 New trees are often required for a variety of reasons during the development process, for example, to screen conflicting uses, improve livability and health, reduce energy demand (windbreaks and shading), or to express a community’s historical and cultural identity. Trees also provide important water quantity regulation and water quality treatment benefits (see Chapter 1 "Why Use LID").The benefits of new trees are often small when first planted and accrue over time. Proper tree planting, using the following guidance, is essential to long-term tree survival, health, and safety. 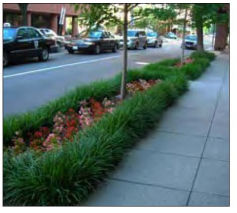 Vegetated roofs are roof system assemblies that manage stormwater by holding rainfall in the pores of the growing medium, the drainage layer below if used, and by plants. While the term “green roof” is a more commonly used term, the term “vegetated roof” is more appropriate for The City of Grants Pass dry summers, where some plants are dry and inactive until the rainy season begins again. 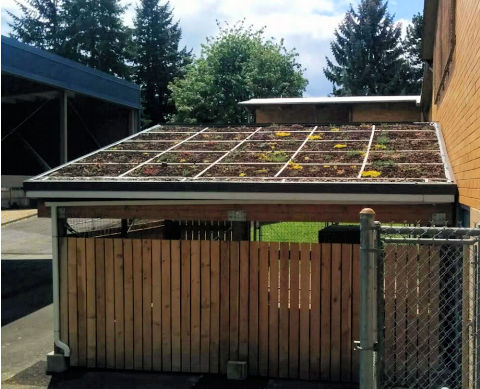 Porous pavement (also known as permeable pavement and pervious pavement) is a stormwater management facility that allows water to move through void spaces within the pavement surface and rock below and infiltrate into underlying soils. It has many applications and in many cases, it can be used instead of conventional, impervious pavements for both vehicular and pedestrian traffic. Porous pavements reduce runoff volumes that would otherwise be produced by impervious surfaces such as parking lots, roads, and sidewalks by intercepting rainfall or carefully managing runoff from other areas. 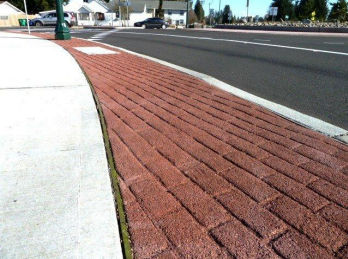 There are a variety of approaches to managing runoff in depressions in the ground. This section provides detailed guidance on three approaches – rain gardens, stormwater planters, and LID swale BMPs – which function in similar ways to reduce runoff volume and pollution in stormwater runoff. 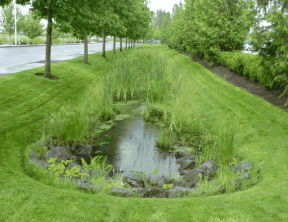 Soakage trenches (i.e. infiltration trenches, recharge beds) are excavated trenches filled with coarse stone (i.e.storage rock) and wrapped in geotextile that receive runoff via a pipe and store it in the rock voids until it is able to infiltrate into surrounding soils. The EPA defines soakage trenches as an assemblage of perforated pipes, drain tiles or other similar mechanisms that distribute fluids below the ground surface. The space occupied by soakage trenches is often available for another use at the surface, such as parking on porous or impervious/conventional pavement or as lawn or a perennial groundcover or shrub area. Soakage trenches are often preferred because they are an invisible way to manage stormwater. However, because of their poor accessibility, they are costlier to maintain. The primary difference between a soakage trench and a vegetated stormwater facility is that water is injected underground via a pipe, rather than infiltrating through the soil surface. 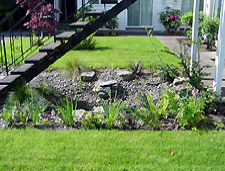 Tearing out pavement and replacing it with landscaping is known as depaving. Depaving reduces the amount of runoff from an existing developed site by allowing infiltration and evaporation of rainfall and by providing area for runoff BMPs, such as rain gardens. Key steps to take during a depaving project are included in Appendix A 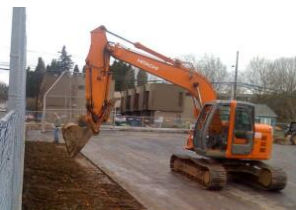